Top 5 Programming Languages to Learn in 2021 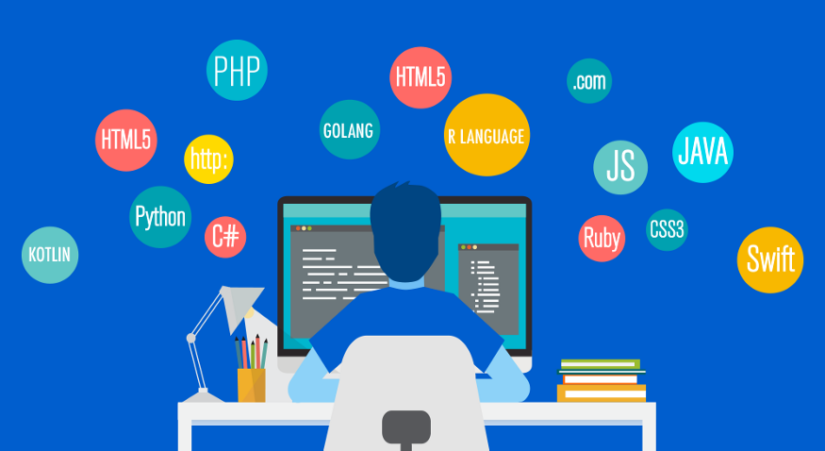 Just imagine yourself after a 10years from now, where everyone would be working seriously on their laptops around you and every machine around is programmed according to your wish. Yes, this is the truth, no matter how much we deny it. Because we are in a digital age and for this, Programming is a must. Crossing all the barriers, Programming is now seen in every industry. You can’t even imagine one without its digital fingerprint.
This requirement of programming has sky-rocketed its importance in this new age. Now everyone is trying to learn a programming language. Also, many developers are trying their best to develop a new and unique programming language. As of now, there are around 600 programming languages in use that are providing solutions to the real world.
In this fast-moving world, where everything changes in a fraction of a second, dependency on single programming is a sure nightmare. No one can guaranty that this is the best and this will be the future. Maybe we get a new one which will revolutionize the future.
Now comes the main problem, which one to start within this digital world. To be straight, I can’t declare a statement of, this is the best and go for it. Every year the name gets changed or remains the same, but the usage of a particular language certainly varies. So if you want to learn programming or upgrade yourself, then don’t worry about where to start and what to start. In this post, I will pen down the top 5 programming languages of 2021 with all the pros and cons.

Python is considered the easiest and a widely-used programming language to date. Guido Van Rossum developed this in 1990 as his project. It is a free, open-source programming language with wide support of plugins, community development, easy integration with web services, user-friendly structures, and GUI-based applications. Mainly, Python is used for Machine learning and deep learning mechanisms. Python is also used for 2D imaging and 3D imaging/ animation packages.
Python has not seen a rapid increase in usages like C, C#, and Java. This was mainly developed to decrease the gap in developer’s experience. Python is so easy to understand and build code that even a beginner can understand and write down the code. Using Python, many famous websites like Youtube, Quora, Instagram, Pinterest are developed.

Javascript is widely called a “Frontend” programming language. It is used to develop interactive and user-friendly frontend applications. You can simply relate javascript with a pop-up which you get when you click a button is Javascript.
Brendan Eich first developed javascript, but also it took a lot of evolution into a multi-paradigm, high-level, dynamic programming language. The first breakthrough was when Web development frameworks like AngularJS and Node.js are released based on Javascript.
Today, Javascript is one of the widely used scripting languages in the world, with compatibility to all browsers and its ubiquitous use in all platforms and mass adaption. Almost all the top companies are using javascript. Also, Javascript is considered the leading programming language by all the surveys for many consecutive years.

Java is one among the most popular languages in the programming world. With its Object-Oriented structure, this language is now the most helpful language to develop cross platforms applications because of its Write once, Run anywhere (WORA) ability. James Gosling and his team developed this by offering a simpler, object-oriented, interpreted programming language that supports multi-threading.
Java is majorly used in the development of web and applications also in Big Data. Java is used in the backend of several popular websites, including Google, Amazon, Twitter, and YouTube. It is widely used in hundreds of new apps. Latest Java frameworks like Spring, Struts, and Hibernate are also prevalent. With millions of Java developers worldwide, there are hundreds of texts available for learning Java programming. Also, Java programmers are actively involved in various forums where they vet ideas or solve programming problems. Java has a vast community and gets a lot of support.
Java has achieved Platform independence by developing Java Virtual Machine (JVM), which abstracted the low-level Operating System from developers and gave the first “WORA” language. Also, JVM offered generation garbage collection, which manages the Object life cycle.

Performance: Significantly slower and more memory-consuming than natively compiled languages such as C or C++.

Swift is considered as Java of iOS. It is used to develop iOS applications. As the usage of Apple and iOS has increased rapidly, Swift has gained full popularity in these recent years.
Swift is an open-source programming language that is easy to learn, supports almost everything from programming language Objective-C. It takes less coding than other programming languages, and it can be used with IBM Swift Sandbox and IBM Bluemix. Swift is used in popular iOS apps like WordPress, Mozilla Firefox, SoundCloud.

The language is still young

Lack of support for earlier versions

Microsoft developed C#. It supports Object Oriented programming as Java. It is a powerful tool for .NET frameworks. It is mainly used to create Windows-based applications. It also provides integration with all the environments. C# is used in the backend of several popular websites like Bing, Dell, Visual Studio, and Market Watch.

Today, C# is a multi-paradigm programming language widely used on the Windows platform and on the iOS/Android platform (thanks to Xamarin) and Linux platform.

AndersHejlsbergdid an excellent job to bring C# out of Java’s shadow and give its own identity.

Backed by Microsoft and being in the industry for 20 years, C# has large ecosystems of libraries and frameworks.

Like Java, C# is also platform independent (thanks to CLR) and runs on Windows, Linux, Mobile devices.

C# is an internal part of the .NET framework so the server running the application must be windows based.

C# is less flexible as it mostly depends on the .Net framework.

Hope this article is useful to you in deciding your career choice and make a sustainable future.

2 thoughts on “Top 5 Programming Languages to Learn in 2021”