GameTech- Is it the next big thing? 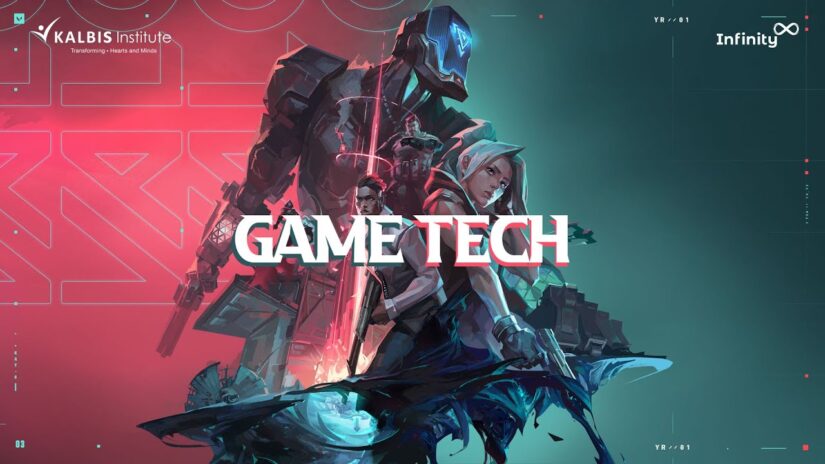 Do you had a video game at your home in your childhood? Was it the best pass time you had with your friends? The answer might be an absolute “Yes”. Playing games are usually a part of life regardless of being physical or digital. They lift up the joy within us. Many other emotions such as winning, friendship, joy, being creative all make Games a best thing in the world for us.

But playing physically has gone away much decades before. Even 90’s kid used to play over video games than to go out and play. This is because of the technology that was used, used to impress kids and many others to stick to it. Now, gaming consoles have taken gaming to a whole next level. The technology, the graphics, the effects, the music they have have blown the mind of even adults to play them. Playstation 5 is still out of stock(as of jan 2022) in all countries despite being launched in Feb 2021.

Gametech, or Game technology, refers to dedicated solutions and services that are used throughout a game’s lifecycle and are built especially for the purpose of game development.

Gaming Industry is now bigger than Films and Music Industry combined. The scope of gaming is more than what one can think. All this due to latest technology which is helping gaming industry to go beyond limits and attract more and more people. It is estimated that nearly 190 Bn Indian rupees will be the market of Gaming by 2025.

So, how technology is going to shape this Industry? How can we be benefitted and much more details in this post. So let’s dive in.

Before console, the gaming was done only through video games. At those times, it was very basic. After consoles were introduced, the standards got changed. Companies like Nintendo and Sony, worked hard and developed them. Whatever might be the product, it was a hit and both companies ruled the Gaming Kingdom.

But then the PC games arrived, where people migrated to high level PC’s to play games. Single player games and story based games arrived by which companies like Nvidia and AMD have grown up. In this pandemic, where everyone stayed indoors, online games have gained much popularity and revenue as this was the only way of passing time without doing anything.Games like PubG and Fortnite has seen downloads of 500million downloads each. Every teenager in this world is a player for either one of them.

There are different modes of playing games such as Mobile gaming, PC gaming, Console gaming and many other. All these requires different technology to be used but the scope is high. This can be never ending. Now-a-days they are designing bots which can be able to play physical games such as chess, tic-toc-toe and many indoor games.

Now coming to technology, each mode of playing needs different technology. Some of the technologies which are useful are

These programming languages are used but we need platforms to develop 2D and 3D games. They work as studio or an editor to develop interactive games

Some of them are

Unity is one of the most popular cross platform tool developed by Unity Technologies. They are used to develop any 2D or 3D game. Most of the popular games are created by them. You can import many assets and use them accordingly.

If you are not an expert developer or you are a beginner Unreal Engine is the platform for you because you don’t need to have any programming skills thanks to its user-friendly features. This platform allows you to make changes and modify your game with no need of programming or changing codes. Other advantages are the easiness to work with the interface and the possibility of testing your game inside the platform. Use Unreal Engine software to design impressive 3D graphics and get your users hooked to your game!

Its name suggests that this all-inclusive platform belongs to the Amazon family. Amazon Lumberyard serves the purpose of developing games and creating gaming communities. It is an important AAA game engine that features Twitch integration, VR preview mode, and visual scripting gears. This amazon product includes an AWS cloud system that makes it more safe and secure. Amazon Lumberyard is freely available to use along with supportive Adobe Photoshop. The basic platforms that can handle this platform are as follows:

Apple has launched its own game engine to create 2D games: SpriteKit. This platform supports both Swift and Objective-C languages and it offers developers a wide range of features that will help them in creating high-performance 2D titles. If you are thinking of developing a game for Apple this is the platform for you. Take note: if it’s supported by Apple it means that you don’t need to download extra libraries or external sources and you can be 100% sure that it would perfectly match and suit all Apple’s new products.

The CryEngine software is very popular because of its graphical outputs. If you desire to develop the game with the best graphics and higher visuals, this platform suits you best. CryEngine is mostly recognized because of the inclusions of superlative tools like Flowgraphs. This tool allows the developers to build the gaming atmosphere more striking and prevailing. Moreover, some others tools help beginners to know all its properties. That helps them in creating a smooth game and top-class gaming ambiance. Particularly, you can get a definite set of tools that helps in creating animations, graphics, and a better experience. CryEngine supports all kinds of platforms and it is free for use.

So these are the studios to work on to create new games.

We have seen what types of games are present in the Industry. How they are developed, what studios are used and much more. But now I am going to tell you how the future of gaming is going to be. How advanced technologies will bring drastic changes to this Industry.

AI is being used in many industries. You might be wondered how AI is used. Let me explain it through an example. Let say you are playing “Call of Duty” over a PC and after playing it for a period of time you will understand how the game is and it will be easy for you to complete. But if we implement AI, it will learn the way you battle also learn from its mistakes. Then it will give you a tough competition and also you will thrilled and excited.

So, AI can drastically change the gaming experience.

Have you ever played “Pokemon Go”? Do you know how it works? Back in 2016, when it was released everyone was seen roaming around roads holding phones in hand and not even looking at the surroundings. Even today it stands in the most downloaded game list of all time.

This was due to the technology used and that was “Augmented Reality”or “AR”. This will combine technology with reality and people love them. Many more such games are going to come in future.

In malls or shopping complex, you would have seen people wearing headsets and playing games. Those are VR games where you would go to that simulation world wearing that headset and do the action you want to do.

VR has not been such a popular tech in gaming. There is still a long way to go.

Top tech companies such as Google, Microsoft, Sony are developing games which can be played on any device just by logging in. Google has developed Stadia which is a monthly subscription based gaming platform.